Welcome to the 1940’s. Europe is being torn apart by the war, the USA is preparing for battle and the mob does business as usual. Only this time they went to far, even for Vinnie’s standards.
Prepare yourself to go to war after you make a shocking discovery about what actually happened during the end-stage of the Thugtown Massacre from Guns, Gore & Cannoli 1.

“Just when you thought you were out, we’re pulling you back in!”

Story
1944, the war in Europe is entering it’s final stage. 15 years have passed since Vinnie survived the Thugtown Massacre. But now, some loose ends start crawling out of the past, dragging Vinnie as far as the European battlefield of World War 2. Find out who is chasing Vinnie around like a dog, turning all his friends into foes.

Guns, Gore & Cannoli 2 continues the rich, engaging gangster story of the first game and includes all the fast paced action you’ve come to love, we made the best even better, with: 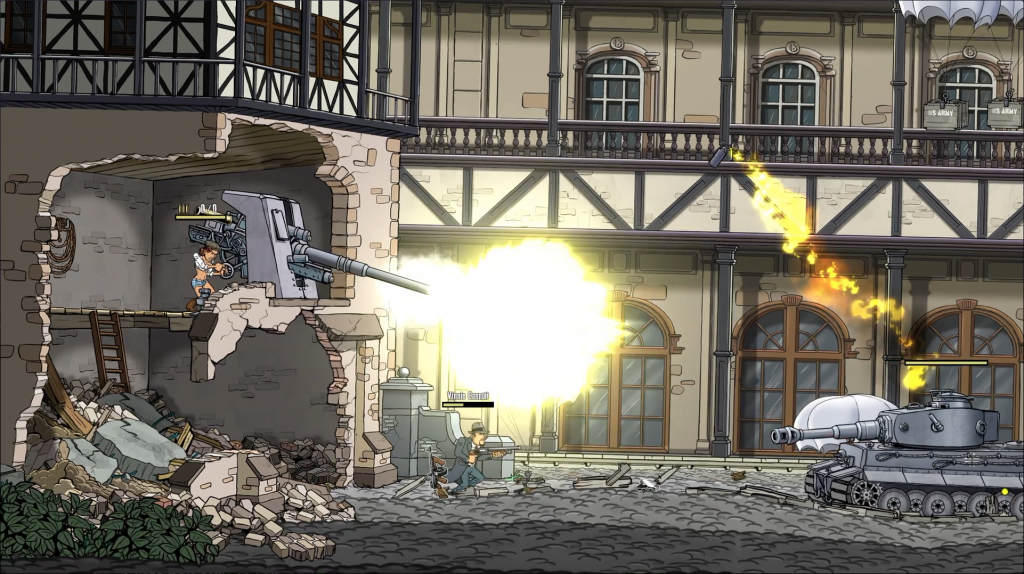 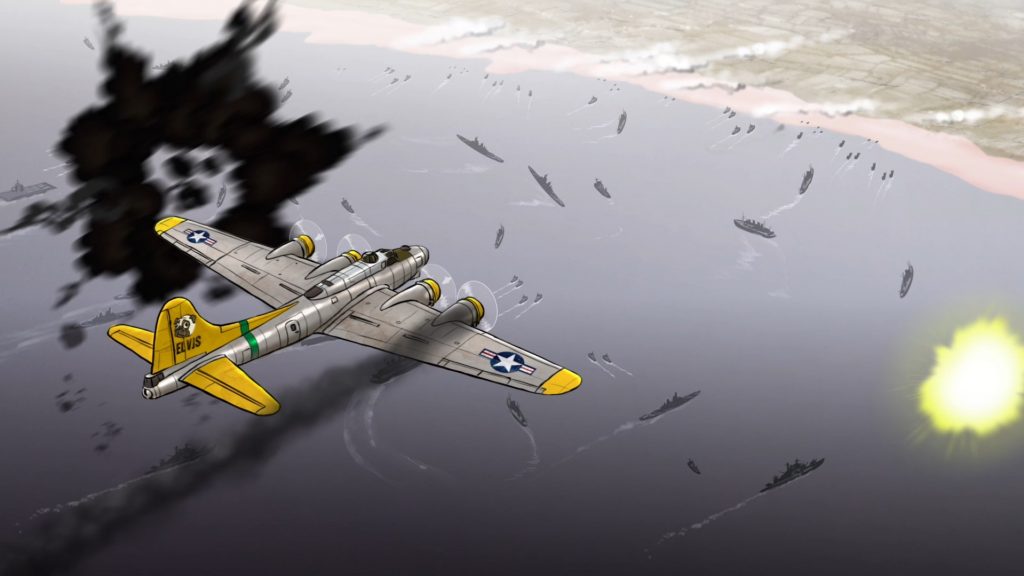 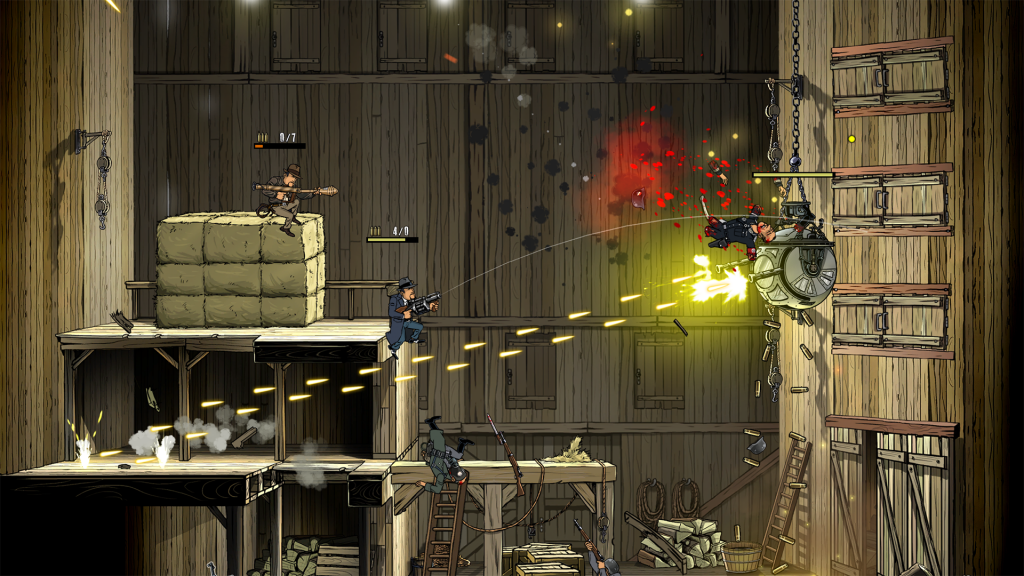 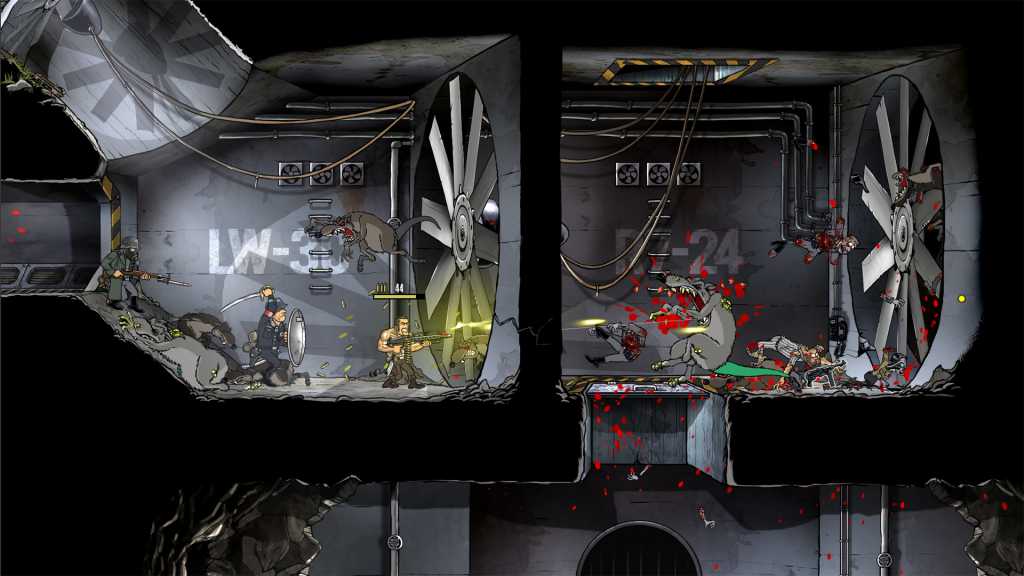 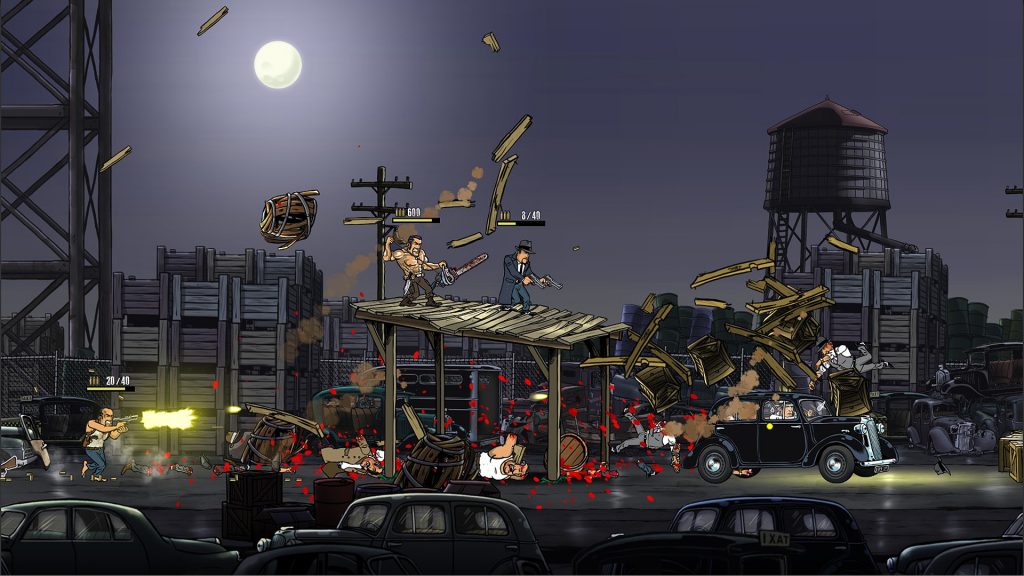 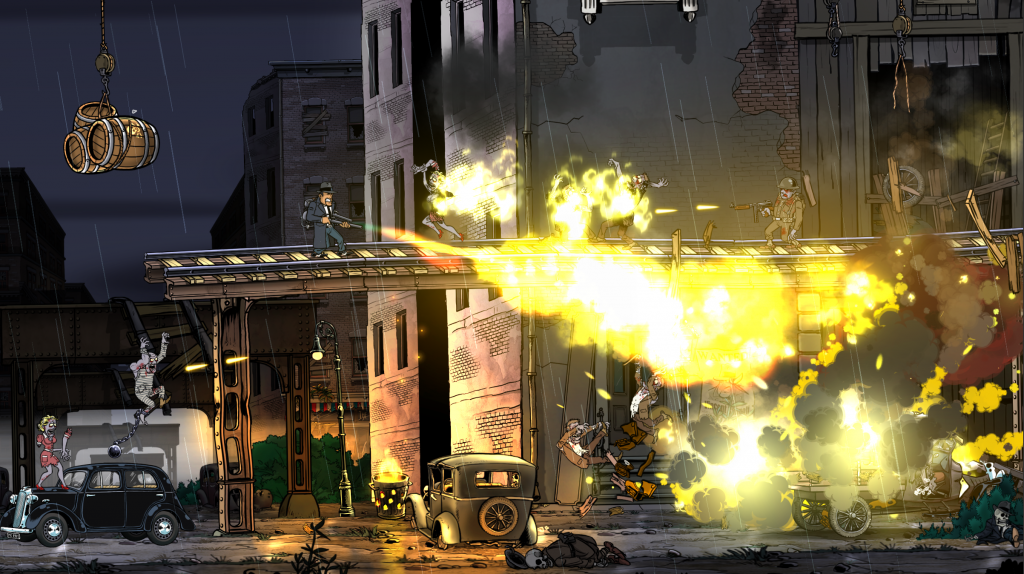 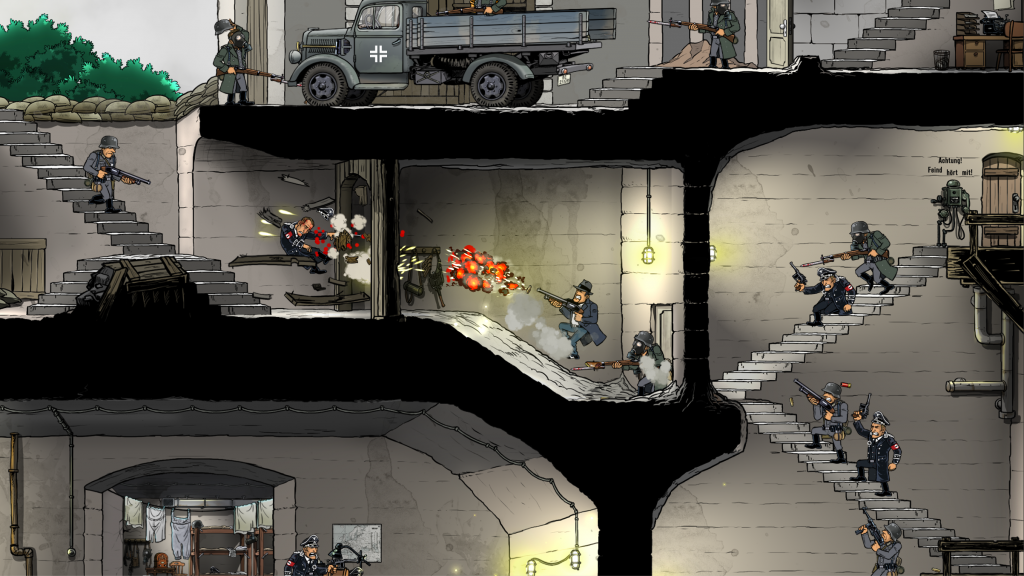 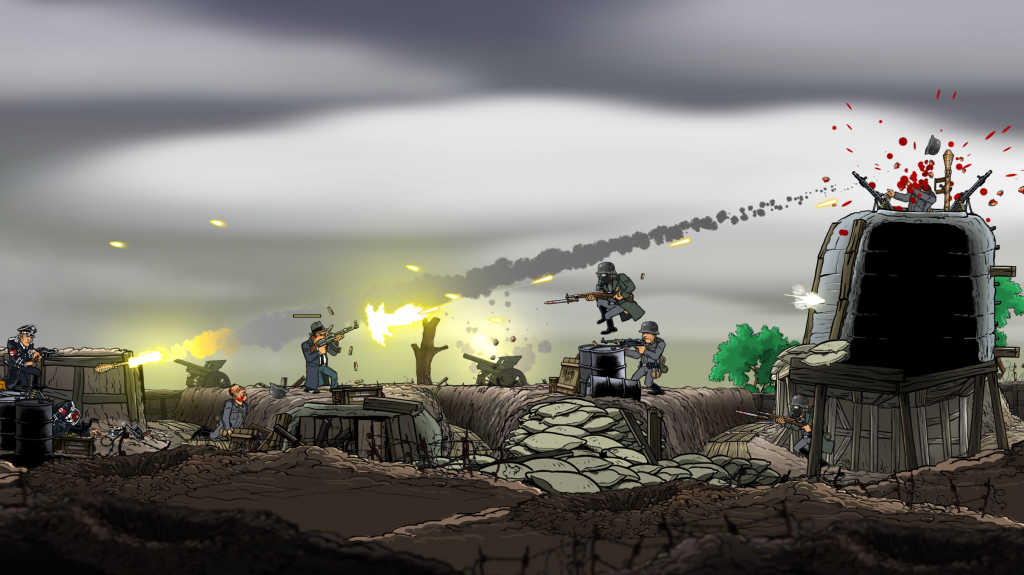 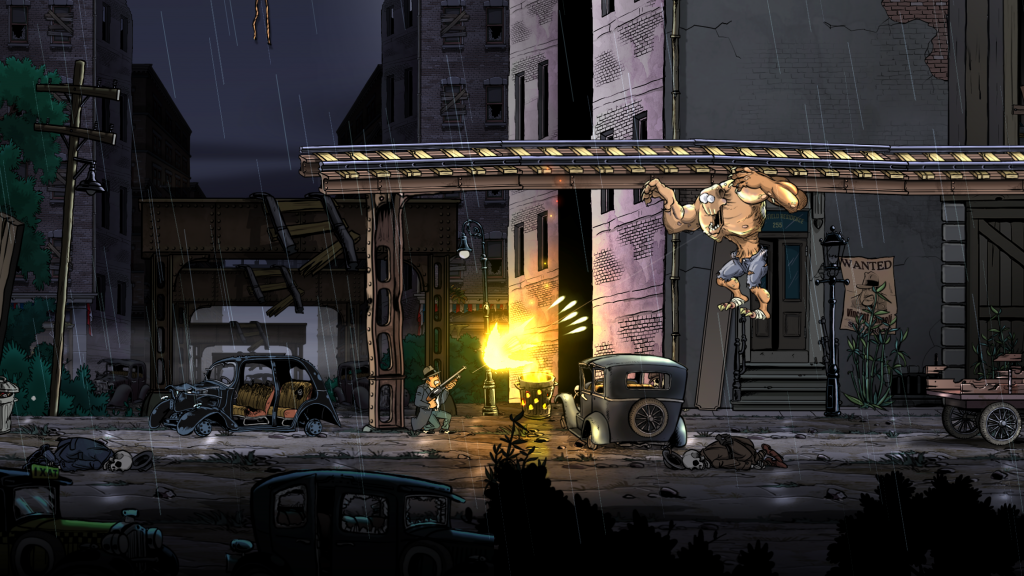 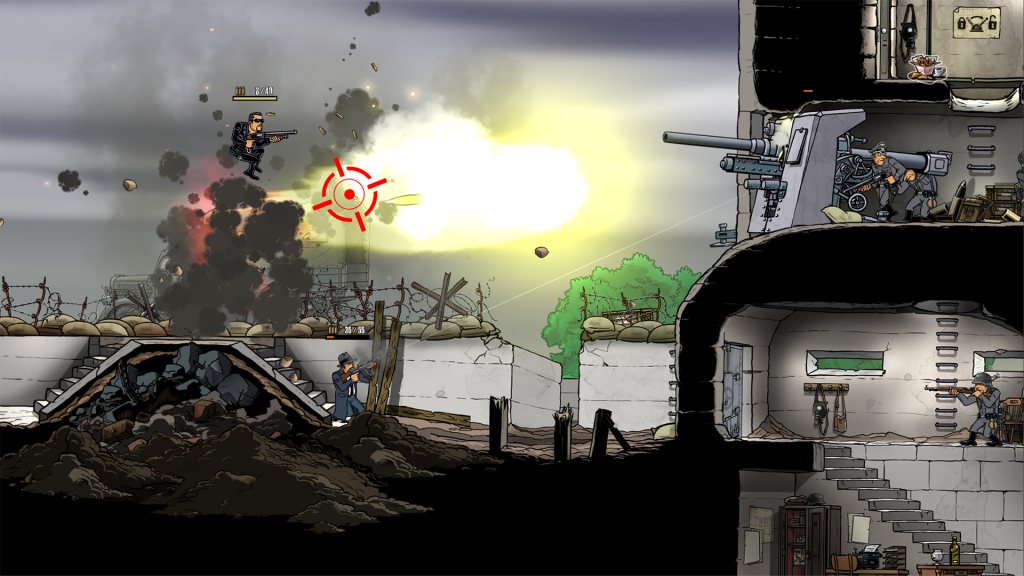 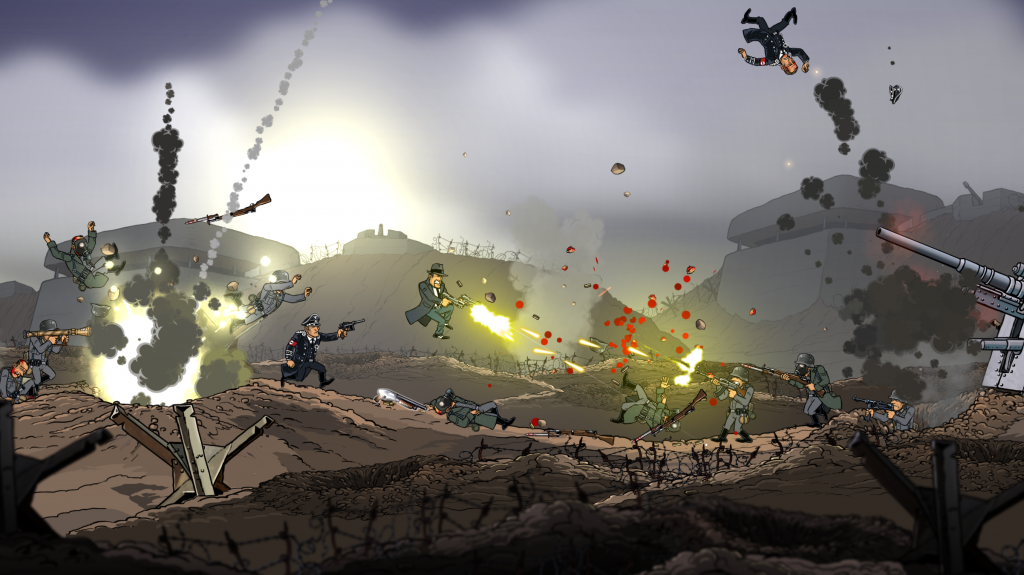